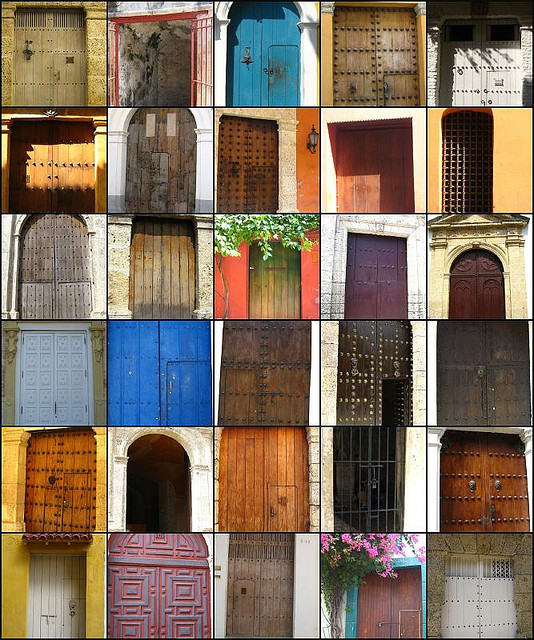 There is a contemporary Christian song playing on some radio stations right now by artist Jason Gray, called “With Every Act of Love.”  This is one of those few songs I actually welcome getting stuck in my head because I like it’s message so much.  It brings to live one of the key concepts in The Lord’s Prayer (Matthew 6:9-13): “…your kingdom come, your will be done, on earth as it is in heaven.”  God’s kingdom coming is sometimes a challenging thing to wrap my mind around – what would our world look like if things were done on earth as they are in heaven?  Jason Gray says it in such a vivid, tangible way that it elicits the call to action the Lord’s Prayer is designed to do.

“God put a million, million doors
for his love to walk through.
One of those doors is you…
We bring the Kingdom come
with every act of love.”

What an awesome way to look at the importance of every single individual on this planet.  At any given moment, every one of us has the opportunity to be an opening for someone to witness God’s existence, grace, truth and peace.  So many days I don’t feel important or vital to God’s plan.  So many times I let culture or other influences convince me that I am just a number and my actions as one individual don’t really matter.  But then I read about Abigail.

Abigail’s story is told in 1 Samuel 25.  She is the wife of a man named Nabal, who is a man described as being “mean and dishonest in all his dealings.”  (v. 3)  Nabal owns land that David and his men were residing near in their flee from Saul.  While David was there, he made sure to bless Nabal’s property and staff by acting as protection.  He essentially formed a wall of warriors around the edge of Nabal’s land, keeping all danger out.  At sheep shearing time, David sent messengers to Nabal with a request for resources.  Nabal denied the request with a sneer and insults, which greatly offended David.  He called his men to arms and got ready to destroy all of Nabal’s household in vengeance.  Abigail was warned of her husband’s offense by the servants and she quickly gathered together many gifts and rushed to intercept the trouble.

“When Abigail saw David, she quickly got off her donkey and bowed low before him.  She fell at his feet and said, “I accept all blame in this matter, my lord.  Please listen to what I have to say.  I know Nabal is a wicked and ill-tempered man; please don’t pay any attention to him.  He is a fool, just as his name suggests.  But I never even saw the messengers you sent.  Now, my lord, as surely as the LORD lives and you yourself live, since the LORD has kept you from murdering and taking vengeance into your own hands, let all your enemies be as cursed as Nabal is.”  (1 Samuel 25:23-26 nlt)

She rushes to protect the integrity of her husband’s household as well as preserve David’s relationship with God.

What a significant “door” Abigail allowed herself to be simply by choosing to look at the big picture.  She could have ran and hid.  She could have yelled at her husband for being a fool.  She could have tried to summon an army herself to fight against David and his men.  She could have lied to David or tried to seduce him.  Because she kept a calm heart and controlled her tongue, she was able to be an open door for God’s kingdom to come and his will be done in her own household as well as within David’s, the future king of Israel.

I want to imitate Abigail’s open-door life in my choices and interactions with others.  I want to see beyond myself, create empathetic space and save my energy for God’s will, not my own.

Challenge: Consider each day an opportunity to be an open door for God’s mercy and truth for anyone who may cross my path With Every Act of Love.

Dear LORD, Thank you for creating me to be a door for your love.  I ask you to bless me with self-control, strength and wisdom in my choices so that your place in my heart is evident to all.  Thank you for Abigail’s powerful example; teach me to help preserve the good in those around me.  Amen. 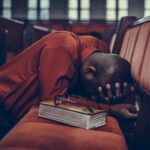 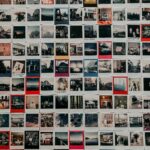 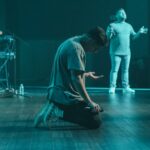