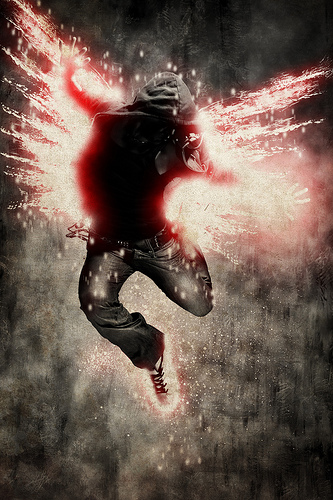 But if I say I’ll never mention the Lord
or speak in his name,
his word burns in my heart like a fire.
It’s like a fire in my bones!
I am worn out trying to hold it in!
I can’t do it!
Jeremiah 20:9 NLT
___

Have you ever been so convinced of something – felt such conviction or assurance – that you couldn’t keep quiet about it even if you tried? When my husband and I were just dating, the first time I told him that I loved him, it was so true that I couldn’t stop the words from being said. I’m pretty sure I even tried to stop myself, but it still came out as “I more-than-like you.”

This week I had to answer the question What do your religious beliefs do for you? on a form I had to complete. I was short on time but also a little concerned that the line for the response was only approximately 5″ long. It would have been so much less complicated to leave the line blank, but my hand wouldn’t allow me to move on to the next question.

Later on that same night, I read chapter 20 of Jeremiah. In it, he reveals his struggle with being chosen by God and, for it, being rejected by his peers. Even though the pain of being taunted by his “friends” was great, there was an even greater experience going on at the same time that consumed him.

“So these messages from the LORD have made me a household joke. And I can’t stop! If I say I’ll never mention the LORD or speak in his name, his word burns in my heart like a fire. It’s like a fire in my bones! I am weary of holding it in!” (Jeremiah 20:19b-20 NLT)

Even though Jeremiah was reduced [in his peers’ eyes] to a household joke, he couldn’t stop himself from boldly sharing God’s love and truth with them. This truth burned in his heart and in his bones. It made his physically weary to hold it in. I know that feeling…

It’s the same feeling I get every time I say “Bless you” instead of “GOD bless you” after a nearby stranger sneezes.

It’s the same feeling I get when I decide to write “I’m thinking of you” instead of “I’m praying for you” on someone’s Facebook page.

And it’s definitely the feeling I got when I wrote simply “resiliency and hope” on that form.

IT’S NOT A RELIGION, IT’S MY SAVED LIFE AND IDENTITY.
IT’S THE SMILE ON MY LIPS WHEN AWAKE,
THE LAST THOUGHT IN MY HEART AS I FALL ASLEEP,
AND EVERYTHING IN BETWEEN.

IT’S THE VERY FIRE IN MY HEART AND BONES.

Maybe I will just bring a stapler and a printed copy of this blog everywhere I go.

Dear LORD, Thank you for giving Jeremiah these awesome words to share with me. Thank you for being the fire in his heart and bones and allowing us to feel that fire still today. Set us ablaze in every moment of our day so that we can’t help but speak of impact you make in us. Amen.